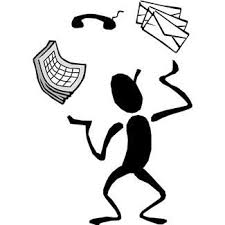 Ask a kid when the Internet was invented and they might give you a quirky look. Ask them when Facebook was invented and they will likely say, “Ages ago.” To them, there is no Internet, just a bunch of things on a phone that they never answer. What sits behind all of those things – fibre optic cables that run under oceans, gateways, servers, hardware, firmware, software, protocols, security, base stations, wireless access points, radio waves, some satellite – no matter. Who needs to know how the engine works to drive the car?

Ask someone around my age, different story. The Internet has been around for decades, spurred by American military and academic funding, yanking devices into its fold during the eighties and nineties. It was like someone threw a bunch of carrot seeds across a garden. Networks of devices sprouted up everywhere, someone sewed them all together, and the web was born.

I was introduced to the computing world while in university. I was sitting in the computer lab when the mainframe suddenly crashed. A friend of mine handed me a 5¼ inch floppy disk and said “Boot from here.” [Stunned look.] I grabbed the floppy, jammed it into the drive and waited. Up popped the command prompt and the flashing cursor [stunned look]. Friend leaned over, typed in a few commands. My introduction to DOS was complete. I ran to the bookstore to buy myself a desktop. Orange characters, greyish keyboard, loud hard drive. And a dot matrix printer. I was hooked. Out went the type writer and white out, in came backspacing.

My first job was in the IT organization at Nortel, in networking. I pulled cables, bixed wires, rebooted computers and printers, walked the shop floor, changed keyboards. I tracked my work on a mac, with a mouse, using email and voice mail, on day 1. A flash introduction to the high tech world. A company of thousands of employees, working all around the world, connected through an internal email system and voice network (7 digit call to anywhere). Automation, efficiency, speed. I fell in love with it all. Lots and lots of things, and some people (see Day 12). And as the years went by, it just got better. Instant messaging, laptops, video conferencing, personal voice conference bridges (oh yes), teleworking. All of which ran on the Nortel equipment.

By 2000, the developed world was so enthralled with the Internet that demand skyrocketed. The Internet was going to transform everything. We would never enter a store again, groceries would magically appear on our doorstep, we would wake up in the morning with new clothes on our back. Babies would be born remotely. And big business set aside bucket loads of money to make it all happen.

Now, as we know, it didn’t quite happen that way. Interoperability of technology and applications required people to actually work together. So it wasn’t until competition became co-opetition that plug-and-play became a reality.

But all the while, something unexpected happened. Things started popping up on the Internet. Unexpected things. Things like facebook, snapchat, instagram, blogs – all sorts of things. Things that snuck into our day, and sucked our day away. Things that make my kids late to the dinner table, pull students’ eyes towards the ground, yank adults away from conversations. Things that drive me crazy.

But then this morning, as I got into my car to go to work, I peered down at my phone to read, “Traffic light. 30 minutes to work.”

I love those things on the Internet.