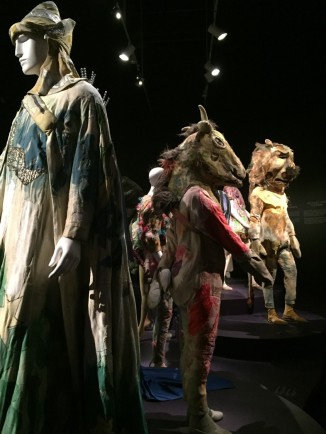 A  few years back, I took a course in qualitative methods with about 20 others. During one particular session, we all sat around a very large table and were asked to close our eyes. The professor then placed a dozen items on the table – statues, books, artwork, knickknacks, etc… We opened our eyes and were asked to record what we saw. Thinking the exercise was about observation techniques, we got busy quick, doodling, scribbling, creating systematic diagrams. When we were done, she had us change positions, eyes half-closed. We scrambled a bit, politely pushing our way to another seat far away from the first. And then we gasped.

It turned out that many of the objects looked different from the other side of the table. And in some cases, certain items previously invisible suddenly appeared. Truth.

When Comey recalled his nine meetings with Trump yesterday, whether you believed him or not, what likely mattered to Comey is that he was telling his truth. When he explained why he took notes after many of the meetings, he pointed to three factors: the context, the content and the nature of the person. And as a CNN commentator commented, life happens in context. It makes little sense to focus on one word, or one sentence, because stuff is said before and stuff is said after.

So Comey told his truth. Which some believe and others don’t. Because truth is so personal, created over a lifetime, but never really defined. We cannot hold it in our hands. It just hangs in the air, changing shape as things are said and done, ignoring contradictions, gobbling up new ideas, spitting out those that taste bad. And when one person’s truth challenges another, it’s messy, confusing, and sometimes painful. Because oftentimes we are sitting at opposite ends of the table, and it takes a lot of effort to stand up and change seats.

Academic and practitioner in the field of strategic management. View more posts